The organization was incorporated in 2012 and is led by a volunteer Board of Directors, with representatives from the entire Province. All involved have a deep passion for minor hockey and a strong commitment to ensure the success of Breakaway.

Working in partnership with Hockey NL, the Breakaway Foundation works to support the development of youth hockey, healthy lifestyles, and providing an opportunity for all kids to participate in hockey, regardless of financial situations.

Each year, the Breakaway Foundation and its Board of Directors host an exciting evening of entertainment to raise funds in support of its programs.  This fun filled, semi formal event is supported by our local NHL players and alumni, and is accompanied by a silent and live auctions and live music.

Started in 2015, the Breakaway Foundation has organized a golf tournament prior to the Hockey NL Fall Meetings at the Gander Golf Club. It’s a great opportunity for the Newfoundland and Labrador hockey community to support our great cause.

The Breakaway Foundation Fall Draw for $10,000 was made on December 18, 2020 by Paddy Daly of VOCM live during Open Line. The winner was Ticket # 135 purchased by Jr. & Tina Humphries from Labrador West. The Breakaway Foundation Board of Directors would like to thank everyone who purchased tickets in support of the Organization and wish everyone a Happy and Safe Holidays. 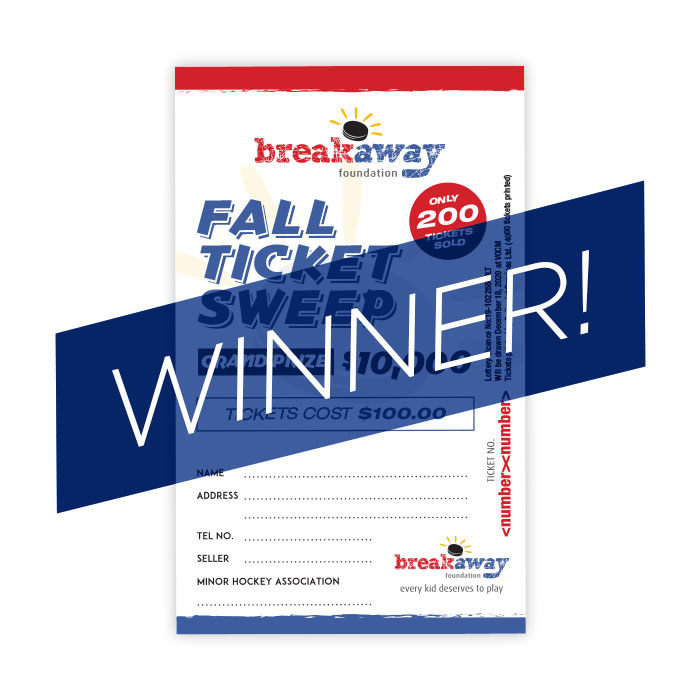 Who needs some cash around Christmas? How about $10,000? The Breakaway Foundation are currently raising funds to assist players in need afford to play hockey this year through their $10K Fall Ticket Sweep. With a draw date of December 18, 2020, tickets cost $100, with only 200 printed.

For more information, or to request a ticket, please contact Debbie Doyle via email at breakawayfoundation@hockeynl.ca. 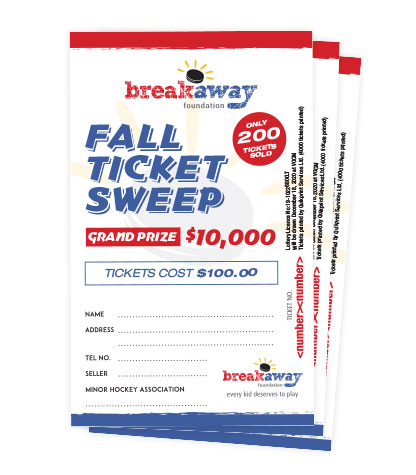 The Breakaway Foundation Inc. is pleased to announce the date and location of their fourth annual Cocktails and Auction Gala fundraiser.  Starting at 7:30pm on Friday, June 21, 2019, Breakaway and its Board of Directors will be hosting an exciting evening featuring live entertainment and both a live and silent auction at the Topsail Beach House, which is a private residence located at 24 Topsail Beach Road. This fun filled semi formal event will host special hockey guests, live music by 709 and a fine selection of cocktail food delicacies. 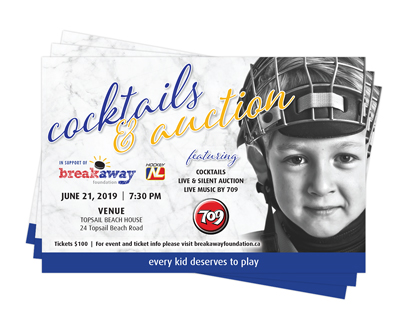 The Breakaway Foundation would like to thank everyone who supported this year's ticket sweep. A special thanks as well to the HNL Minor Hockey Associations across the Province who stepped up and sold tickets in support of the Foundation.

Please see a list of the winners as drawn by Paddy Daly on VOCM Open Line on Wednesday , December 5th, 2018. 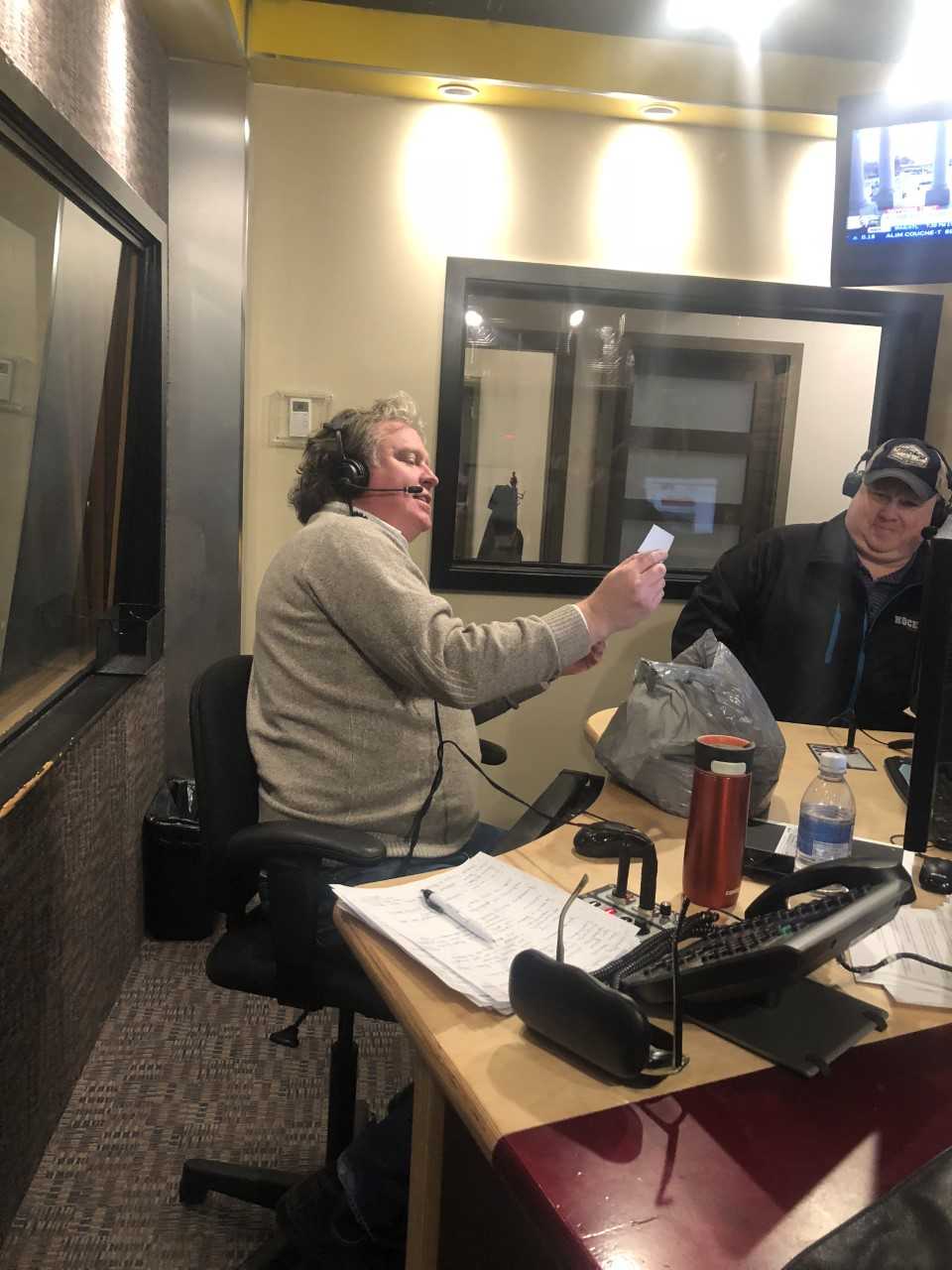 The Breakaway Foundation Inc. is pleased to announce the date and location of their third annual Cocktails and Auction Gala fundraiser.  Starting at 7:30pm on June 16, 2018, Breakaway and its Board of Directors will be hosting an exciting evening featuring live entertainment and both a live and silent auction at Club One (33A New Gower Street in St. John’s).  This fun filled semi formal event will host special hockey guests, live music, speciality drinks, and a fine selection of cocktail food delicacies. 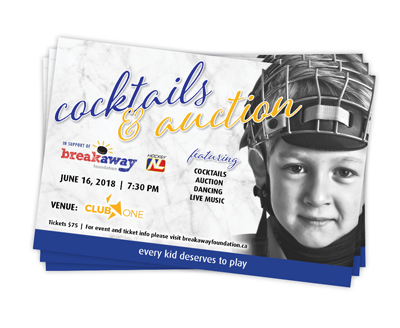 The Breakaway Foundation is please to announce that Margie Hanley of St. John's has won the IIHF World Junior Hockey Championships ticket sweep that was drawn on air at VOCM on Friday, November 24, 2017. The winning ticket was sold by Nicole Power of the Paradise Minor Hockey Association.

Thanks to all minor hockey associations and individuals across the province who supported the campaign which will enable the Foundation to continue to fund hockey players in need throughout Newfoundland & Labrador.

Breakaway Foundation Chair Debbie Doyle is pleased to announce the addition of the following new members to the Board, effective immediately

“We look forward to working collaboratively with these new members as we focus on alleviating the financial burden for those players who can’t afford to play the game of hockey in Newfoundland & Labrador”, cited Doyle. “I would also like to extend a sincere thank you personally and on behalf of the Board to departing members Mary Power and Jennifer Mole who played a pivotal role in getting the Foundation to where it is today”. 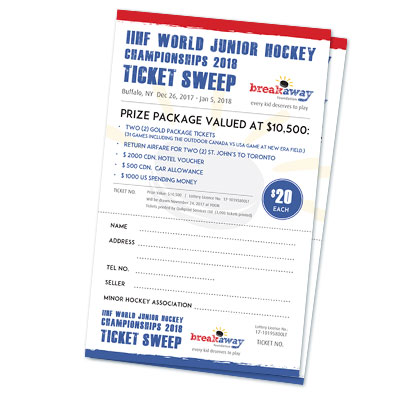 Breakaway Foundation Inc. is pleased to announce our second annual fundraiser Gala and Auction.  On June 24, 2016, Breakaway and its Board of Directors are hosting an exciting evening of entertainment at The Fifth Ticket: keys + kitchen + bar at 171 Water Street in St. John’s.  This fun filled semi formal event will host special NHL guests, live music, two hour open bar of specialty drinks, and a fine selection of The Fifth Ticket’s cocktail food specialities. For tickets to the event please contact breawayfoundation@hockeynl.ca or by calling 687-8006.